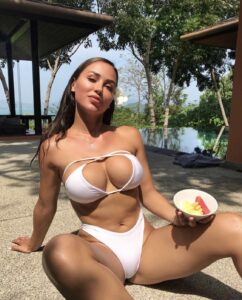 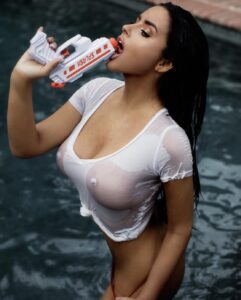 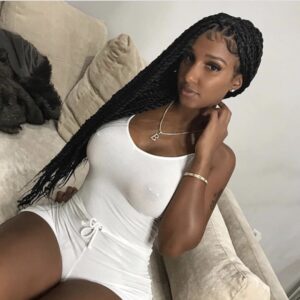 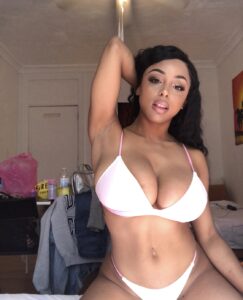 We’ve all seen the well-endowed, half-naked models on Instagram. For some, it’s the main pages we follow and are entertained by on a daily basis. But many men put these Instagram models up on a pedestal and think they are out of their league. Men think “she’s too beautiful to be interested in me”, “she probably has a million guys trying to hook up with her”, or “let me just tell her how pretty she is and win her over with compliments.” This causes them to overthink the hook up, or just straight up blow it when it comes to the approach. And by the way, all those statements are definitely the wrong approach.

It’s really not that difficult. Take it from a guy who had good-looking women even when he was broke with no car. The only thing I could utilize was my mouthpiece to attract women (i.e. my words). Even though social media has become the go-to place to lust over women, the same strategy applies, disarm them. In this post, I will give you a method that will dramatically increase your Instagram model hook up success rate. But let’s start off with a quick story on how I realized this was an issue for most men.

My cellmate used to lust after Instagram models for hours

When I was in prison, I had a cellmate who would always look at beautiful women in magazine spreads and lust after them. He also got his family to print him out pics of social media models from their accounts. He had a collection of pics of women in bikinis or lingerie with next-to-nothing on. Sitting on his bed for hours just dreaming and lusting after these women was one of his favorite things to do. Every time he turned the page and moved onto another model, I’d hear “Ooooo. Damn, she so bad. I’d put it on her, for real.”

One day, I had enough. I wanted to know how he planned to approach these women when we finally got out of prison and he had an opportunity to interact with them, so I asked.

“What’s up, T. You stare at these pics all day and swear you’ll hook up with all these women. So, tell me, how you going to do it?” I said.

I could immediately see this question caught him off guard. I don’t think he had given it much thought as to what strategy he would use to actually hook up with these women.

He looked up and me and said, “Well Cal, what I’ma do is I’ma Like a bunch of their pics, right. Then, I’m leave comments about how sexy she is under the pics, and then I’ll slide into her DMs and ask her ‘if she want a real man in her life?’”

I shook my head. I knew this was a losing strategy. One that would get him ignored and declined.

Why sliding into DMs is NOT the way to go

Do you think you’re the only guy who had the bright idea to Like a model’s pics and then slide into her DMs?!? Of course you’re not! All you have to do is look at all the comments under some model’s ‘bikini’ pic and you’ll know all these guys are thirsty and trying to hook up with her.

There are even models who specifically say in their profile heading “Do not DM me!” They’re saying this for a reason, a lot of guys have obviously DM’d them with the same tired lines about how good they look, how he just wants to get to know her better, make her feel good, and then …. give her this big D he got.

Lol, it’s typical and definitely not new. So, how can you be original and disarm her?

How to Disarm her

I say disarm when talking about approaching women because I feel it’s the most important thing to a successful interaction. When a woman is on guard and feels that men will holler, she has already gotten herself in the mindset to have a bad attitude and turn down each and every guy that tries to make an advance, even if he may be a nice guy. Think about when you go to the club. Everyone likes to think the club is the place to go to meet women. It’s really not. Most clubs are hot, crowded, and not relaxing environments. Plus, a good-looking woman will get touched and hollered at so many times during the course of the night she’ll lose count of all the different men that tried to talk to her.

You know where’s a good place where I’ve met a ton of women …. the grocery store!

You read that right, the grocery store. Many women don’t get all dressed up to go to the grocery store. Why? Because of the environment. They aren’t expecting for guys to approach them in aisle 4 when they’re buying bread. And that’s why it works. If you approach a woman in a grocery store, you’ll a) make her feel pretty because she won’t be all dressed up, b) probably be the ONLY guy to have approached her during her whole grocery store trip, and c) catch her when she’s comfortable and more open to conversation.

When on Instagram and you see a woman you think is attractive. Do not immediately start Liking all her pics and showering her with compliments in her comments section. Instead, do a little research on her. See if she has a primary job (most IG models have a primary job they actually use to pay their bills).

Let’s say you find out with your research that she’s an interior decorator. Cool. What you do is email her, DO NOT DM HER! Many women don’t even open up DMs. I suspect it’s because guys are probably sending unwanted dick pics in their DMs. Come on, fellas. That’ll never, ever, ever work.

Send her a business email. In the email, keep it short and sweet. Simply say you see she’s an interior decorator and you just got a new place and is shopping around for a professional to help you furnish the spot. Ask her if she’s interested. She will be. Then, ask her if she has a portfolio of past interior decorating jobs she’s done. She may or may not have this. No matter. It’s even better if she doesn’t because that makes you look more professional and now she’ll have to psychologically work more to impress you if she wants the job. Next, ask her if you two could schedule a time to talk about the job. Don’t schedule it soon, maybe the next week or so. Don’t come off as thirsty to talk to her. You’re angle is approaching this like business, so be professional in the approach.

Everyone wants to be taken seriously, especially Instagram models who are mostly being valued just for their bodies.

If you follow this, then I can guarantee you’ll have a WAY HIGHER success rate than the usual DM message, “Oh baby, you so fine. Let’s get to know each other.”

Let’s go over these steps again:

Step 1) do a little research on the Instagram model

*If you can’t find a primary job she does, you can always act like you’re a photographer. This may surprise you, but that shit still works! Only thing with this is you have to look like a credible photographer, so you’ll need to have an Instagram account that looks like you’re a professional photographer.

Good luck hooking up with the Instagram model of your dreams.

Leave a comment below and let me know how my strategy has helped you.