What is the Brick Road Series?

What is the Brick Road Series? 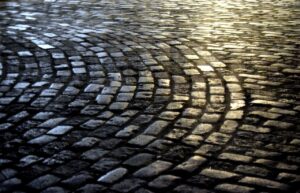 The Brick Road Series is an intersection of two worlds where crime and big dreams are the things that bind them.

The First World of Brick Road

The first world is Brick Road, a neighborhood in Atlanta that’s majority Black and working class. People living here struggle week to week, paycheck to paycheck, but still dream big and have hopes of one day making a more comfortable life for themselves and their families. Brick Road is like most inner-cities in America, and the issues dealt with by its residents are relatable no matter what part of the country, or world, you live in.

The Second World of Brick Road

The second world is Brick Road, the online website. Created in the first book, Maxed Out, by the skilled cyber hacker Manila, Brick Road is an online black market website where illegal goods and services are sold and exchanged. Brick Road operates on the Dark Web. The Dark Web is the invisible part of the web not on search engines or indexed on the World Wide Web (i.e. you can’t search for it on Google or Bing). It is well known and widely used all over the world by hackers and other cyber criminals, but most law-abiding citizens don’t know much about it and thus, never go onto the Dark Web.

The concept for the Brick Road website came from one of the world’s first, biggest, and most notorious Dark Web marketplaces, Silk Road. Silk Road, founded by Ross Ulbricht (who is currently serving a life sentence in federal prison), generated millions of dollars from its illegal transactions. It was the first online crime store that operated out of the privacy controls we internet users abide by. Users could make themselves anonymous and untraceable. The Feds knew about it, but for years could do nothing to stop it. Silk Road is also the website that popularized Bitcoin, as this was the currency the buyers and sellers used when making transactions to remain anonymous.

I hope you enjoy reading them as much as I enjoy writing them.